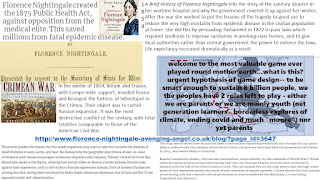 (congrats NYU tuition free med school)
place brand reality? when powers that be say our economy cannot afford full youth employment - our counter-debate: we dont know any community (apart from very richest) that doesnt need lot of work to improve thongs - take last mile health - we believe a sustainable 21st C needs at least 100 million more nightingales -one of costly western helth systems crisesseems to be requiring ALL nurses to be over qualified for most of the missing jobs such as double checking infants under 3 are nutritionally healthy or all sorts of nursing, wellness advice where a person could be trained as digital match to specific skills and mobile apps can call in support in an emergency- communities that want to be healthy will need to celebrate new community finance treasuries (eg this can be a great crypto use) or blending school systems with local community health hubs, or design local bartering much more effectively ; this isd also connected with what for a decade now teh lanet has called schools biggest missing curriculum - before adoelscence girls particularly (but why not bpoysd) need elder peer mentoring - whats the nest year's bihggest new chaneges to physical or mental health; if this ws designed properly everything could chnage and as for 2010s phrama making its bigest profits through opiods, young adults can be smarter than bad adverising's addicts
as well as design virtually free nursing colleges where the last mile apprentice builds her skills id dashboard ready to hire without all the stuff that in extreme cases like usa makes all health 4 times more expensive wiyth result that much last mile services go missing
some commentators say we have drained emotional intel out of many communities until there is almost no safe or happy community - if 50 years plus of tech advances since landing on the moon cannot be applied to happier loveq communities then this in itself suggest we are racing to become the next dod
====================================
nightingale in ukraine from https://understandinguncertainty.org/node/204

British and French war ships attacked Russian ports from the Sea of Azov during a six month period in 1855. The object of these attacks was to intercept Russian communications and supplies. The war ships bombarded the Russian towns repeatedly, but they were met with stubborn resistance, and attempts to land and overthrow the port towns were quashed. 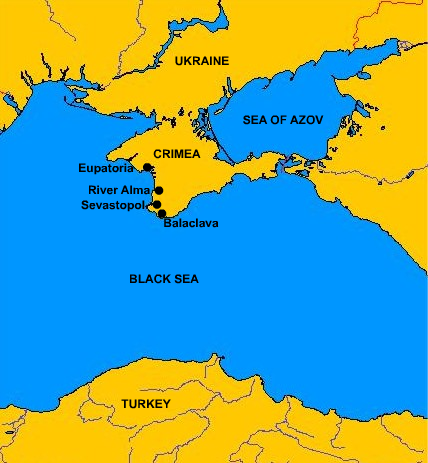 Map of Crimea with locations of battles marked.

The close of the war

The war concluded in February 1856. The Ottoman and Russian Empires agreed to halt military activity on the Black Sea, and all nations agreed to respect the autonomy of the Ottoman Empire. The peace treaty was not to last long though. The balance of power and partnership in Europe was in a state of constant flux. Old alliances failed, new alliances were formed, and by the 1870s the treaty had been abandoned.

Florence Nightingale's role in the war

Those British troops wounded from fighting on the Crimean Peninsula were shipped across the Black Sea to medical stations in Turkey. These stations were poorly staffed, with insufficient supplies, and the medical and sanitary conditions were awful. This terrible state of affairs was reported by the media in Britain. Thirty eight voluntary nurses, amongst them Florence Nightingale, travelled to Turkey to help relieve the situation.
Nightingale proved herself to be hugely resourceful. Her competence and generosity were reported back in Great Britain. The Times Newspaper described her deeds in the following excerpt.

She is a 'ministering angel' without any exaggeration in these hospitals, and as her slender form glides quietly along each corridor, every poor fellow's face softens with gratitude at the sight of her. When all the medical officers have retired for the night and silence and darkness have settled down upon those miles of prostrate sick, she may be observed alone, with a little lamp in her hand, making her solitary rounds.

Nightingale became known as 'The Lady with the Lamp' after these words were published in the Times. 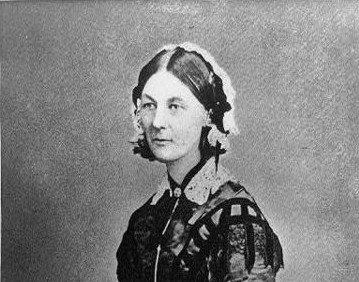 Florence Nightingale
Diseases such as typhus, typhoid, cholera, and dysentery were rife in the army hospitals. Many more soldiers were dying from diseases than from wounds. Nightingale worked towards improvements in sanitation, nutrition, and activity for the patients of the hospitals. Death rates were reduced dramatically with the introduction of such measures. Nightingale kept meticulous records of the number of deaths, and the causes of deaths, so that on her return to Great Britain she could justify the need for improving conditions in hospitals.
Following Nightingale's return to Great Britain and her campaign for better living conditions for the army, the Royal Commission on the Health of the Army was created. Nightingale prepared an 800 page report for the commission on the welfare of the army. She advocated the use of statistics as a tool in decision making. Nightingale created graphs to demonstrate that more soldiers died in the Crimean War from disease than from wounds. Many of these graphs were of a particular flower like type, and are now described as coxcombs.
Levels:
Posted by chris macrae at 6:16 AM