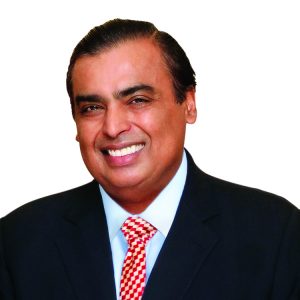 Mr. Mukesh D. Ambani is the Chairman & Managing Director of Reliance Industries Limited. During his tenure of over 30+ years, Mr. Ambani has successfully led a diversified portfolio spanning across Energy (E&P, Petrochemicals, and Refining), Retail, Telecommunications/ Digital Services and Textiles to make Reliance India’s largest private sector enterprise.
Mr. Ambani is also associated with various organizations. He is a member of The World Economic Forum Foundation Board, Foreign member at United States National Academy of Engineers (NAE). Mr. Ambani is also a member of the Indo-US CEOs Forum, Chair of The British Asian Trust's India Advisory Council, International Advisory Council of The Brookings, McKinsey & Company International Advisory Council, Global Advisory Council of Bank of America, Business Council and London School of Economics' India Advisory Group.
In India, Mr. Ambani is a member of the Prime Minister's Council on Trade & Industry and Board of Governors of the National Council of Applied Economic Research. He also serves as the Chairman of Board of Governors for Pandit Deendayal Petroleum University.
Mr. Ambani earned a B.E. from Institute of Chemical Technology (India) and pursued an M.B.A. from Stanford University. 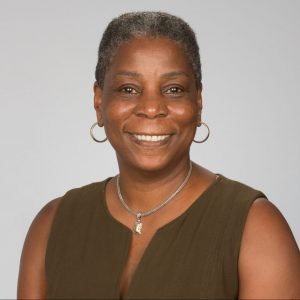 As from July 2017, the Supervisory Board appointed Ursula Burns, as Chairman of VEON’s Supervisory Board. Ursula Burns has extensive international experience of large companies confronting technology change of their industries. Ursula Burns was the Chairman of the Board of the Xerox Corporation from 2010 to 2017 and Chief Executive Officer from 2009 to 2016.
She joined Xerox as an intern in 1980 and during her career she has held leadership posts spanning corporate services, manufacturing and product development. She was named president in 2007.
During her tenure as chief executive officer, she helped the company transform from a global leader in document technology to the world’s most diversified business services company serving enterprises and governments of all sizes. Shortly after being named CEO in 2009, she spearheaded the largest acquisition in Xerox history, the $6.4 billion purchase of Affiliated Computer Services.
Most recently in 2016, she led Xerox through a successful separation into two independent, publicly traded companies – Xerox Corporation, which is comprised of the company’s Document Technology and Document Outsourcing businesses, and Conduent Incorporated, a business process services company. The separation of the two businesses has enhanced their competitive positions and created significant value creation opportunities.
Ursula, who regularly appears on Fortune’s and Forbes’ list of the world’s most powerful women, is a board director of American Express, Exxon Mobil, Nestlé, Veon and Uber. U.S. President Barack Obama appointed Ursula to help lead the White House national program on Science, Technology, Engineering and Math (STEM) from 2009-2016, and she served as chair of the President’s Export Council from 2015-2016 after service as vice chair 2010-2015.
She also provides leadership counsel to several other community, educational and non-profit organizations including the Ford Foundation, the Massachusetts Institute of Technology (MIT) Corporation, Cornell Tech Board of Overseers, the New York City Ballet, and the Mayo Clinic among others. Burns is a member of the National Academy of Engineers and the American Academy of Arts and Sciences.
Ursula holds a master’s degree in mechanical engineering from Columbia University and a bachelor’s in mechanical engineering from Polytechnic Institute of New York University. 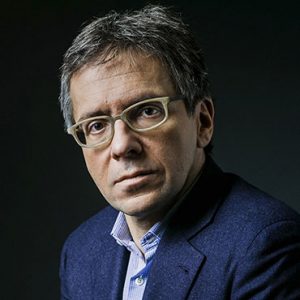 Ian Bremmer is the president and founder of Eurasia Group, the leading global political risk research and consulting firm. He is a prolific thought leader and author, regularly expressing his views on political issues in public speeches, television appearances, and top publications, including Time magazine, where he is the foreign affairs columnist and editor-at-large. Once dubbed the “rising guru” in the field of political risk by The Economist, he teaches classes on the discipline as Professor at New York University. His next book, “Us vs. Them: The Failure of Globalism,” will be released in 2018.
In 1998, Ian established Eurasia Group with just $25,000. Today, the company has offices in New York, Washington, San Francisco, London, Sao Paulo, Singapore and Tokyo, as well as a network of experts and resources in 90 countries. As the firm’s president and most active public voice, Ian advises leading executives, money managers, diplomats, and heads of state.
Ian is credited with bringing the craft of political risk to financial markets—he created Wall Street’s first global political risk index (GPRI)—and for establishing political risk as an academic discipline. His definition of emerging markets—“those countries where politics matters at least as much as economics for market outcomes”—has become an industry standard. “G-Zero,” his term for a global power vacuum in which no country is willing and able to set the international agenda, is widely accepted by policymakers and thought  leaders.
In 2007, Ian was named a Young Global Leader of the World Economic Forum, where he is the founding chairman of the Global Agenda Council on Geopolitical Risk. He is the Harold J. Newman Distinguished Fellow in Geopolitics at the Asia Society Policy Institute and serves on the President’s Council of the Near East Foundation, the Leadership Council for Concordia, and the Board of Trustees of Intelligence Squared. Ian, who earned a doctorate in political science from Stanford University in 1994 and was the youngest-ever national fellow at the Hoover Institution, has published nine books including the national bestsellers “Every Nation for Itself: Winners and Losers in a G-Zero World”, “The End of the Free Market: Who Wins the War Between States and Corporations?”, and “Superpower: Three  Choices for America’s Role in the World” 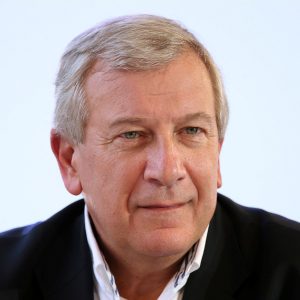 Richard AttiasExecutive Chairman, Richard Attias & Associates
New York: Richard Attias has built an unrivaled reputation for advising international leaders, corporations and nations on how to build their global influence, catalyze ideas, and mobilize populations. He has provided clients across private and public sectors with hands-on assistance in: branding and strategic communications, the development of public-private partnerships, and investment in emerging markets.
Richard Attias’ talent for anticipating and managing the most pressing issues of our time, activating powerful networks and inspiring innovation, is based on the development and production of more than 2000 events over the past 30 years.  The following are just a few examples of the leading platforms he has produced:  World Economic Forum Annual Meeting at Davos; Clinton Global Initiative; Nobel Laureates Conferences; The New York Forum; The New York Forum AFRICA; UNESCO NGO Forum; One Planet Summit; Olympism In Action; Future Investment Initiative; Bloomberg New Economic Forum.
Prior to founding RA&A, Attias spent a decade at the media conglomerate Publicis Groupe, where he latterly served as Executive Chairman of Publicis Events Worldwide.  Attias began his career at IBM where a passion for innovation led him to establish several companies in the IT Industry and Global Communications fields.
Posted by chris macrae at 7:59 AM No comments: 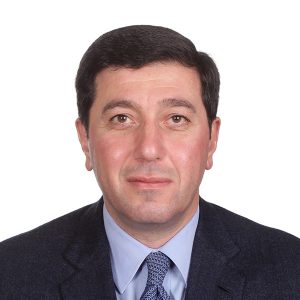 Dr. Bassem I. Awadallah is the CEO of Tomoh Advisory, in Dubai, U.A.E. He is the Vice Chairman of Arab Bank in Jordan and is a member of the Board of Directors of Arab National Bank in Saudi Arabia, and of AlBaraka Banking Group in Bahrain. He was the Chief of the Royal Hashemite Court, and also served as Director of the Office of His Majesty King Abdullah II. Prior to that, he held the position of Minister of Finance, and Minister of Planning and International Cooperation in Jordan.  Dr. Awadallah worked in the investment banking field in the U.K. from 1986 to 1991. He holds Ph.D. and M.Sc. degrees in Economics from the London School of Economics and Political Science, of the University of London, (1985 and 1988), and a Bachelor of Science degree in Foreign Service from Georgetown University (1984). Dr. Awadallah was chosen as a Lee Kuan Yew Fellow, in Singapore in 2004, and a Young Global Leader, by the World Economic Forum in 2005. He is the recipient of the Al Hussein Medal for Distinguished Service, the Al Kawkab Decoration of the First Order, and the Al Istiqlal Decoration of the First Order. In addition, he has been awarded a number of high decorations from several countries in Europe and Asia.
Posted by chris macrae at 8:00 AM No comments: