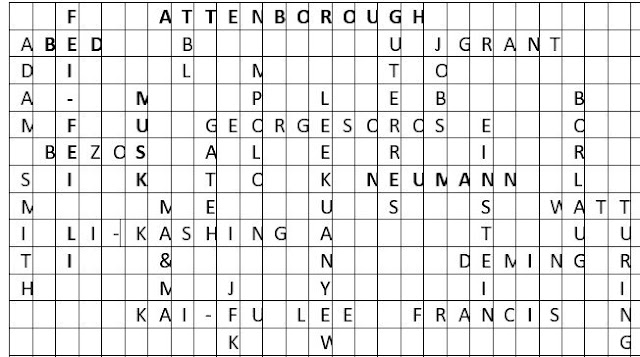 adam smith and fazle abed - as far as we can see the 2 people who foresaw challenges of loving humans not just machines the most - smith from the startup in 1760, fazle abed on graduation from glasgow U nearly 200 years on from adam- in fazle abed's 5th and last decade of poverty alleviation he came up with a university transformation to adam smith's challenge of everything that can go wrong about higherv education

2020 is the 60th year of von neumann's ai legacy and 5.5 decades on from alumni of gordon moores promise to multiply machine power 100 fold per decade - this suggests the economist's 1984 report on 2025 being the deadline for designing a sustainable globalization remains on track

we're only about 15 years into the new new world where all productive and demanding human behaviours can be traced by mobile gps; what we have seen the consequence that is 95% of the worlds actionable data is new in the last decade; human sustainability now depends on worringly few top notch statisticians- we'd suggest the deepest first benchmark is stanford's fei-fei li but this is the most valuable voting space entrepreneurs have ever seen? so, who do you voite for rsvp chris.macraeyahoo.co.uk

fitting that in 2021 elon musk is ranked as world's wealthiest man- he's probably the billionnaire most clued up about futureoflife.org moreover if humans exist in century 22 they will likely conclude by making solar powered transport imaginable musk helped end the tragic argument between american and chinese powerbrokers- by just doing spt musk proved that like the moon race the winners for advancing the human lot are all who complete the course