worldrecordjobs.com asks: has any american has been loved as much worldwide as james grant?  he valued poorest children -their health, their freedom/communities to grow up safe and happily curious- everywhere -especially where huge youth populations were struggling with poverty's chains -  making unicef a solutions branch perhaps unlike any un branch before or since

my personal opinion -year 37 of argument co-authored with dad the economist's norman macrae in 1984-  is when national politicians get in way of future of children - our species survival is put exponentially at risk even faster than what we do to climate but happy to learn from those with alternative valuation hypotheses chris.macrae@yahoo.co.uk

of course in these exciting 2020s, valuation priorities are tied up with how fast tech is redesigning what is humanly and what is artificially operated real time - changing what government is or isnt free to do- a reason why we want to see what teachers of every age group actually understand about ai - when education misses out a whole curriculum its both a teaching and learning crisis - the biggest loser being the younger half of the world

the first 2 saarc summits convened in bangladesh and delhi appear seminal- unfortunately there seem to be few open source proceedings of these conferences - if you find any let us know chris.macrae@yahoo.co.uk

abed and economistwomen.com - fazle abed 13 months update obituary of the man whose coalitions raised a billion asian women beyond poverty

Q1 What life-saving shared solutions did Fazle Abed empower a billion poorest Asian women to apply to end life-destroying poverty?
Q2 Bangladesh = 8TH most populous nation with 163 million, so why do you claim over a billion people gained from Abed’s shared knowhow?
Q3 Can statisticians/economists afford not to be naturally and culturally sensitive?
Q4 Abed spent the first 25 years of building solutions which linked in person to person development in places without electricity and telecoms. What did he lead with his second quarter of a century as a poverty alleviator?
A1About 70 years after Gandhi had become the first notable teenager to travel to Britain to sudy (barrister bar of london), teenage abed traveled to study ship engineering at Glasgow University where the age of machines and humans had started up in 1760s around Adam Smith and James Watt. After 15 years in a global corporate career that saw his rise to regional CEO for the oil multinational Royal Dutch Shell, Fazle Abed life’s purpose was changed by 3 disasters- each killing a million of his poorest compatriots. He devoted his next 50 years of life to designing microfranchises which poorest village mothers applied first to building last mile health and food security services. He translated the world’s most relevant innovations for community building by designing their marketing and financing to scale across hundreds of thousands of villages- by definition poorest Asian villages are those that colonial empires left out of electricity grids and telecommunications- so the solutions had to be peer to peer action learned and back in the 1970s most village mothers were also illiterate. Hi-trust marketing for the poorest in the world required systemically different media than western television. Abed’s most extraordinary innovation was economic - it integrated bottom-up financing systems at both micro and macro levels. It wasn’t until thousands of health service and food security village mothers microfranchises were replicating that he designed microfinance specifically for female village entrepreneurs’ community banking needs. He changed how global aid was channeled through blending two models- bottom-up disaster relief grants are different in skill-transfer consequences than top down ones; banking that is responsible for designing positive cash flow village businesses that change market value chains is the opposite from banking that chains borrowers to debt. You can also map how Abed’s grassroots networking solutions triangularise the 1-2-3 of sustainability goal generation: 1) end poverty, 2) end death by famine, 3) end death by lack of life critical last mile health services. NB Abed was always searching value chain connectivity and goodwill flows across 4 levels of advancing human lot : one village community, hundreds of thousands of villages, national market leader, and redesigning global networking. Once village mothers had savings they demanded brac innovate education of all ages so their girls could leap far beyond village poverty lines
Posted by chris macrae at 4:22 AM 1 comment:

when it comes to realities of how people learn & action from each other Mihaly is one of ,my top 5 (though I never met  him unlike eg my top mentor fazle abed who i traveled to bangladesh 16 times to try and improve my undestanding of sustainability

my father's second great mentor before von neumann became his third and keynes had briefly been his first was Geoffrey Crowther -  library - the wartime editor of the economist and editor for my dads first 8 years at the economist - on one of his few trips to usa he presented a series of lectores at claremont on what the flip do economist truly do? fasinating - by his decriptions 99% of wester's most famouts economosts no longer do economics! 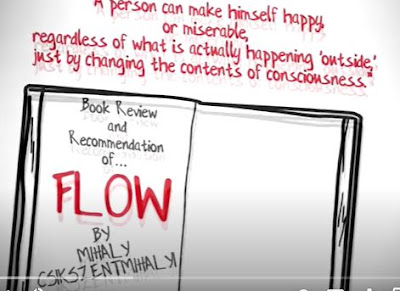 Mihaly Csikszentmihalyi claremont surveys show genius maximises time at spent at experiential edge of unique competence - try to get to 3%- sadly standardised exam education systems give most people less than one thousandth of time needed to experientially learn their own unique talents - not surprisingly flow research also explains emotional intelligence og happiness and jack ma's association of education and loveq- claremont is the LA college dedicated to the practical management/unmanagement culture of peter drucker - some may gain from asking:
will any upbringing ever again flow great maths like von neumann
is there an irony that flow intersects where artificial intelligence and humans best understand eack others contributions to futureoflife
early research of moocs -since suppressed - found greatest impacts of moocs found ismall per cent of ola- these are short videos where expert accidentally or deliberately un-silosises what academics of the expertise siloise
Posted by chris macrae at 1:54 PM No comments:

INTRO back in 1951 the Economist seconded dad Norman Macrae to NY for a year- he met von neumann at Princeton who tutored him, and so the economist, on journalists' most impactful leadership question - what good will you do with 100 times more tech per decade (1930s to 20202s) - future history was born so to speak - and now in the 2020s we have 10**14 more code to humanise goals with

Von neumann's co-worker Einstein had proved that most of the past industrial age's sciences would need a system update because humans can only apoproximate to the micro level we can measure- better science tools and ultimately computing could do calculations of ever deeper data in ways humans could not do with slide rulers in 1951 still the fastest maths tool!!

Q1 what future technologies are directly associated with von neumann alumni from his death in 1957?

do any of the people you know understand urgent debates today at neumann's 3 artificial intel us legacies: 60th year of twin ai labs stanford and mit plus www.futureoflife.org

Q4 – how did von neumann grow possibly the most brilliant mathematical brain a human will ever own? why is there no chance of any american millennial having a similar brain? will the completely broken way maths is taught start to be fixed by un youth and tech leaders at www.rewired2021.com and handover of uae expo to japan

rsvp chris.macrae@yahoo.co.uk to co-edit better answers than these drafts

A1 .While von neumann’s importance to mathematicians and economists (eg beyond zero sum trading games) is often misunderstood, it’s his impact on technologies that changed the way every 21st c human being’s livelihood is shaped. One way to look at this is he turned the power of engines from 2 dimensions of energy and telecommunications with the 3rd dimension of engines as analytic machines soon to innovate what separate human brains cannot do. Coming from Hungary to America in 1929, the possibility of his interactions with Einstein at Princeton could have been amazing- but instead with the exponential rise of hitler from 1933, von neumann was increasingly required to lead america’s race to nuclear energy. In effect, he only got 12 years to mainly focus on fathering the programable computer and inspiring the birth of artificial intelligence researchers. Within 4 years of von neumann’s death, Kennedy had declared the moon race, within 6 years his alumn mccarthy had started up twin ai labs- facing Atlantic at mit, facing pacific at Stanford, within 8 year’s intel’s Gordon moore was declaring analytic power of programable computer chips would increase 100 fold per decade through to the 2020s by which computing analytic power would far exceed human brain power

A2 Those inspired by Neumann’s new technologies have changed life’s possibilities in ways that previously seemed to be pure science fiction. Yet to the 70% of people who are Asian, at least two other system technologies had emerged by the late 1950s which directly explain Asia rising out of poverty and impact the sustainability likelihoods of our species- these are rural systems starting with Borlaug’s without which feeding 7.5 billion peoples of 2020 would not have been possible; and deming’s quality of what engineers design and operate- the whole range of which first evolved out of japan from bullet trains to mechanical diggers, to containerization docking to microelectronic calculators and machine tools including robotics. Until 1995, one way to segment innovation foci of the far east versus the far west, is that Asian future designers focused on innovations that did not primarily depend on thinking or administrating  in English language software. It would be culturally unimaginative to believe that thinking in 26 letter alphabets and many thousand character scripts like Japanese or Chinese leads to precisely the same consciousness of nature, or scientific purpose.

A3 Are smart devices primarily designed for government, personal or societal uses?  It some times seems that von neumann alumni explore all 3 dimensions as win-wins whereas other research funding sometimes get siloised. In 2021 while sustainability will depend on the younger half of the world collaborating on borderless networks demanded by nature, health and above zero sum trading games- essential hubs to linkin additionally to ameruca’s original 2 ai locations include Geneva, Nordica, Dubai, Singapore, HK, Korea, Japan, various Chinese megacities. While we argued in 1984’s 2025report.com for a transformation in education so no child of the 2020s is excluded from humanising AI, catalogues of where ai unicorns are being invested in implies that vast mahority of national governments don’t yet understand “sustainability goal” decisuons on societal data that will be taken unconsciously as more and more real time operating systems live decision making is. Other ways to map exciting ai hubs- look at membership clusters within futureoflife.org or who zooms into the virtual university of #aiforgood at the un itu in geneva

A4 von neumann’s education and parental support is reviewed in detail in norman macrae’s biography of von neumann. It took a very different customization of experiential learning flows of math geniuses that paets of central Europe at start of 20th century were good at- and which sad to say education in usa (and English speaking world) appears to have lost human confidence in. Neumann was born into a community of Hungarian-Jewish shopkeepers in early 20th c smart city of budapest and small enterprise bankers; maths was as important a literacy as talking; families shared slow evening meals where children were encouraged to report what most curious things had excited them today;; neumann was mainly home schooled to 5th grade then participated in vienna's top 20 teenage maths class; by 15 he would be debating with university professors what maths problems his peer group needed to focus on

which are weforum SCHWAB top 20 action networks of 2021