... medic
the N95 mask in high demand today. Sara Little Turnbull, a designer featured in our We Design: People.

Sara Little ﻿Turnbull Created the N95 Respirator From a Bra ...


3 days ago - The first N95 prototype was created by a woman named Sara Little Turnbull, whose medical mask model was inspired by a prior design of ...

Posted by chris macrae at 6:29 AM No comments:

gandhi is one of the leaders it is most exciting to explore the worlds of human nature and species survival with. here are some questions we like to explore with alumni of gandhi. however more than that we would value your question be you a student or teacher of any age who starts searching gandhi

q1 who else is literally worth co-searching with gandhi today in order to give you insights of urgent challenges facing peoples from different places? eg from history you might choose scot adam smith or founder of tata india, or bangladesh's fazle abed  or or italy's saint francis or greece's hippocrates or england's bard or russia's tolstoy german american einstein or african mandela or african american martin luther king or china's deng? from inspirational curricula setters today you might choose: naturalist david attenborough, big data's mapmakers such as russian american serge brin or the world's richest market makers be they american bezos or youth's jack ma, or you might choose the constitutional world's most adaptive family since 1945 the japanese royal family or history's culturally defining gods such as Allah

q2 which markets scaling-purpose is it worth practitioners bringing gandhi's theoretical and personal lense to
eg
goal 1 market designing money and finacial services
goal 2 agricultures food security
goal 3 the services and the local to local supply chains of health and safety
goal 4 livelihood education
goal 5 valuing girls lives as much as boys
goal 6 clean water's double loop as vital to individual human life as it is to systems of sanitation
goals 7 to 17 and the triad of hippocratic impacts of technologists, media and mediators including the ruling professions of law, insurance and accouting
Posted by chris macrae at 2:52 AM No comments:

LIVING BEYOND THE WORLD'S IMAGINATION

To be taken at (country): Tsinghua University, Beijing, China (students live and study together on the campus of Schwarzman College, a newly-built, state-of-the-art facility, where all classes will be taught in English.)

Fields of Study:  Masters degree programmes in one of these three disciplines:
What will be taught: Business, Social sciences, Leadership skills

About the Award: The Schwarzman Scholars program will give the world’s best and brightest students the opportunity to develop their leadership skills and professional networks through a one-year Master’s Degree at Tsinghua University in Beijing – one of China’s most prestigious universities.
With a $350 million endowment, Schwarzman Scholars will be the single largest philanthropic effort ever undertaken in China by largely international donors. The extraordinary students selected to become Schwarzman Scholars will receive a comprehensive scholarship.
Schwarzman Scholars was inspired by the Rhodes Scholarship, which was founded in 1902 to promote international understanding and peace, and is designed to meet the challenges of the 21st century and beyond. Blackstone Co-Founder Stephen A. Schwarzman personally contributed $100 million to the program and is leading a fundraising campaign to raise an additional $350 million from private sources to endow the program in perpetuity. The $450 million endowment will support up to 200 scholars annually from the U.S., China and around the world for a one-year Master’s Degree program at Tsinghua University in Beijing, one of China’s most prestigious universities and an indispensable base for the country’s scientific and technological research. Scholars chosen for this highly selective program will live in Beijing for a year of study and cultural immersion, attending lectures, traveling, and developing a better understanding of China.

Eligibility: The following criteria must be met by all candidates:
Number of Awardees: Up to 200 exceptional men and women will be accepted into the program each year.

How to Apply: There is no fee associated with applying to the Schwarzman Scholars program. To apply, you will need to complete and successfully submit an online application form, including all required documents and essays before the deadline date.
Visit the official website (link below) for complete information on how to apply to this scholarship programme.

Visit Scholarship Webpage for details
Posted by chris macrae at 7:20 AM No comments:

interesting connections - 2921's main weforum will be convened august out of lee kuan yew's singapore - here is a sample of videos on lessons with lky; also a link to another weforum 2021 africa circular economy - very interesting when finland asked how to change education - response circular economy now at least 15 years embedment into all schools curricula and so youths community engagement 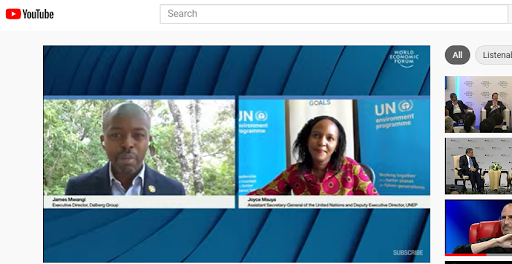 Why the circular economy is a trillion-dollar opportunity for ...

in 40 years of searches started at The Economist for online educators who can save humanity, nobody we know of values teachers and students and parents across america and china as passionately and as online effectively as cindy mi vipkid - more humanAI edu VIPKID cindy mi, kai-fu lee li ka-shing 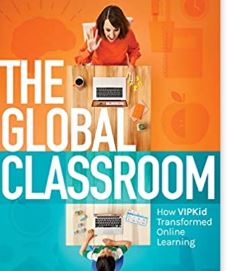 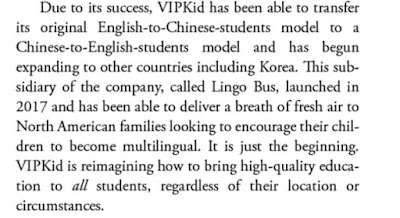 Posted by chris macrae at 8:22 AM No comments:

consciousness leaders needed i there is to be an sdg generation

Posted by chris macrae at 12:38 PM No comments:

history's future changed at glasgow u 1760 when james watt and adam smith were first in world to explore what machines and humans would be to each other; slowly at first but increasingly aggressively empires were won or lost over the next 2 centuries but then history's future started to multiply an order of magnitude of change in human connections every 13 quarters

in 1965 gordon moore became the epicentre of a much faster era of global changemaking- if you were an alumni or moore or silicon valley branded for those who valued multiplying 100 times more tech analytics every decade being grounded in healthy youth futures - the leland stanford alumni mission - promised to make the early 21st c the most exciting times for elders to invest in youth - to be or not....

while there are different frames for interpreting adam smith -more at smithian.net , because your sub-editor is a diaspora scot, we are most interested in sharing his goal to see youth all over the world make the most of the coming machine age

adam's search for how can all engine revolutions be shared with people everywhere and leapfroging apply bew tech prefentially for poor is what the scttish school of economics is proudest about- partly because scots are mainly a diaspora nation with more scots living acrossthe hemispheres than on our homeland- indeed because scotlan failed as a nation around 1710 scots were already being administered out of london- 8 days away from glagow by horse- and as perhaps smith foresaw london financing rollout of industrial revolution wasn't about sharing benefits with eg scots who were "thinned" during 1800s
Posted by chris macrae at 10:31 AM No comments:

after graduating in engineering in the 260th class of adam smith alumni at glasgow university fazle abed spent 10 years accounting at royal dutch shell rising to their regional ceo for pakistan before spending 50 years mapping how the 7 wonders of how worlds poorest communities could sustain economics ans save our species- please say if an of these wonders excite you to want to know more- we can often find you a contact at abed university of brac and osun chris.macrae@yahoo.co.um
resilient community
servant leading professions
community health
women empowerment including food/water security
education
finance
fin tech

all 6 of the economic interfaces of smithian alumni since 1758
masterclass100.com
Posted by chris macrae at 11:42 AM No comments:

Posted by chris macrae at 11:03 AM No comments:

borrowing a conversation from alumnisat.com and valuetrue.com countdown of sdgs with friends at masterclass100.com

keynes last chapter of general theory explains every global market from health down will become its own exponential sustaining or collapsing economy- so if we want millennials to be the first sdg generation we need to know who is the top sdg economist of markets like
health, safety, communities of homes
finance
education
food water and human energy security
machine energy
rural tech
space and mobile mediation tech
deming engineers tech including world local trade infrastructures - ie place economists
supercomputing/analysis big social platforms

Posted by chris macrae at 5:57 AM No comments: