.obviously there's millions of years of work by people at the UN (year 78) and their partners trying to help guterres achieve digital Un2.0 roadmap while his leadership term extends to end of 2026; and many high powered partners - so there's a lot to unpack - we will try and offer bot a simple map and curate all the most relevant documents guterres himself applied and connects over 50 operational branches to - if you can help us improve please rsvp chris.macrae@yahoo.co.uk 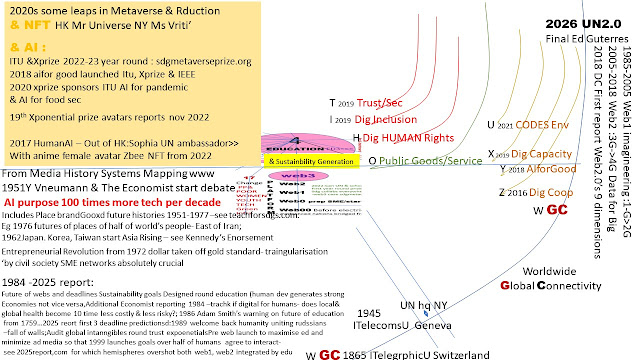 Of the 9 dimensions of changing to UN2.0, Global Connectivity ois arguably the simplest and certainly the longest learning curve

although the UN began in 1945 to be headquartered on a space donated to it by New York, it was twinned at birth with geneva's ITU; by 1945 T stood for TELEcommuniactions ; but the ITU's birth goes back to 1865 switzerland when the world decided it did not want 2 or more telegraph systems ; in fact ever since those in tele industries have mainly cooperated in progressing on global connecting commons of telegraphs telephones telexes, television, or pretty much and telecommunications

chris.macrae2yahoo.co.uk writes: I was born in 1951 the year my father started applying possibly the greatest journalistic scoop of all time - he met von neumann at princeton during a year as new york correspondent for the economist and was tole to ask anyone and everyone what to do next with 100 tikmes more tech per decade- von neumann convinced dad that peer mathematicians eg einstein et al had started multiplying 100 time more tech in 1935; most of these maths wizards were devastated thaty the peak of their life was spent on the race to the nuclear bomb which princeton/DC said it had to be; this was why from 1945 neumann was desperate to spend rest of his life (he only had 12 years due to cancer caused by nuclear research) on tech for good- particular parenting computing as a scaleable innovation changing the world every bit as much as engines. electricity or tele- (in fact much more because it interacted with all of them)- but there was another twist- clearly engines up to 1945 had ultimatelky been used more for bad (or zero sum games) than good - neumann was dedicated to edtech being how humans multiply value the ore they app life critical knowhow an opposite dynamic to consuming up things

von neumann wass very specific unless 100 times more tech of the coming decades' engineers gravitated round win-win applications of tech, we will return to what happened at the world wars where a few (in 1930s) mainly 8 most advanced engineering places went to war with each other -less than 12% of world's peoples pulled almost all the rest of us into destruction ; this was a dismal outcome of industrial revolution emerged from glasgow's start up of steam engines in 1760s, accelerated by start of electricity in the 19th century (with telephones another scottish invention by alexander bell, telelevison arguarby by thrird scot Baird). Most dismal of all were world trade maps and monies that left out most of the world's people (colonisation. empires was not about the good of the people in the land they lived; it was about trade extracting from colonies what the most powerul natiosn needed); if we compounded tech from 1945 in win-lose ways then at some stage v neumann and einstein guessed would be the 2020s extinction would start to be irreversible

so as well as ITU's experience of global connectivity going back to 1965; networks of v neumann have linked =in round tech for good since 1951; with academic ai twins -one facing pacific coast out of stanford; one factng atalantic out of mit celebrating his leagcy from 18=960; also president kennedy was the one and only us president who joyfully set a decade ahead goals to advance younger americans:

moon race - which was also to creatte satellite communicatuons - the first time a global sports tv broadcast was made- tokyo olympics 1964- this is partly how 3 nations in the far east that looked in dreadful condition - the nuclear bombed japan; kore south and taiwan had once americans had offered them a peace umbrella designed asian rising models which everyone who accessed the pacific coast might win-win around

again not everyone agrees- but simply look at growth between 1945-1975 of japan, south korea, taiwan, hong kong and singapore -arguably the greatest economic miracles seen in any 3 decade period to that date- its intersting to understand what sort of tech japan, korea and taiwan advanced

they all gained from advances in mechanical diggers etc so that huge cities could be quickly developed; the japanase led most of this engineering learning particularly from quality movements of deming; the japanese made better engines for eg cars which koreans were soon to copied; the japanese advanced minutarision of electronics; gordon moore's law famous commitment to 100 times more silicon chip power per decade from 1965 resulted because a japanese calculating form gave intel's largest ever odrer - and rather than become over dependent on one company intel invent programable chips; nothing needed quality (zero errors in production more than chips) tha'ts where from mid 1980s taiwan (well a chinese mad educated in usa returning to what was still the main chinese [seaking entreperenur hub) seized a world leading advantage - to this day it may manufacture more than half of chips ...Founded in Taiwan in 1987 by Morris Chang, TSMC was the world's first dedicated semiconductor foundry and has long been the leading company in its field.https://www.google.com/search?q=chinese+maurice+chang

ASIA RISING from 1950s: something else happened to chnage economics of trade and sme supply chain networks- containersisation made docking and undocking at least 10 times more economical - suddenly sme supply chains (if you had superports located around a \continental coastline much less costly to connect overseas than to develop overland within one nation (and thats even with japan doing its best with supertrains something the west regarded as not invented here)

lots of win-wins to play with: better calculating better building - all these sorts pof dynmaics compoiunded together with the asian model of continuous inprovement insiting that every year the consumer/society must gain from advance of quality knowledge - NB how different Asians tech leaps in capitalism from the dismal media/ internet models of the west's last 20 years which hook people to a free subscription then monololy designed in compound cost way beyond any quality gain-

in any event . when we look a t neumann's immediate legacy: what happened all the way down the north east coast of asia below japan is extraordinary enetrerenurship- no surpisise thar after 110 yeras of not particupating in world class markets the chiense wanted to join in from 1968 on; and given the reparations japan consciously believed it owed the whole region , most of japan's engineering advances were open sourced to china from the 1970s onward- 100 time deeper research of this than anyone else is authored by the late great ezra vogel; i declare it as a human right to learn what good happened through which peoples in history whether or not their nations most powerful people like each other in 2020s;

indeed if you celebrate innovation for humanity NB even the telecoms satellite would have been delayed without the efforts of the russian korolev - what I really want to say is humanity's greatest inventions  almost always come from a small number of individuals - and it makes no sense to me not to learn how & what they did in context just becauase some leaders (trump and putin to mention two) seem to hate nearly 99% of peoples, and quite frankly living in dc I think trump hated most os we the peoples in USA but whether he did or he didnt -he didnyt know the truth if it met him in the street- and no american leader has ever  tried to block so many innvation worldwide youth needed most in this last chance era fpor our spciess -

that the un2.0 game is much harder to put together by 2026 than if anyone else had led usa seems stochastically as near as certainty as statisticians can get )   ... the good news is if we the peoples spreadd love of children the world over  can likely save humanity from meltdopwn if guided by people like guterres as his UN2.0 roadmapping moderates connections for advancement of every god that humans be- all of us alive in the 2020s could yet celebarte un2.0 as greatest avchievement of human intel web assisted by AI

Posted by chris macrae at 9:58 AM No comments:

who's already brainstormed how to help digitalise Un2.0 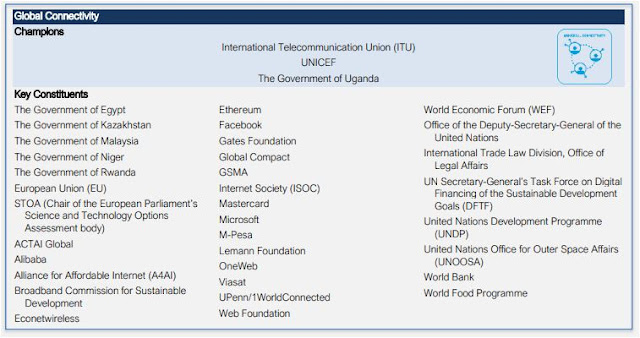 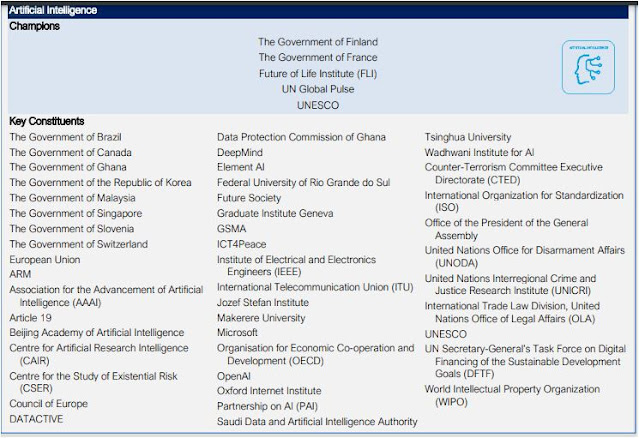 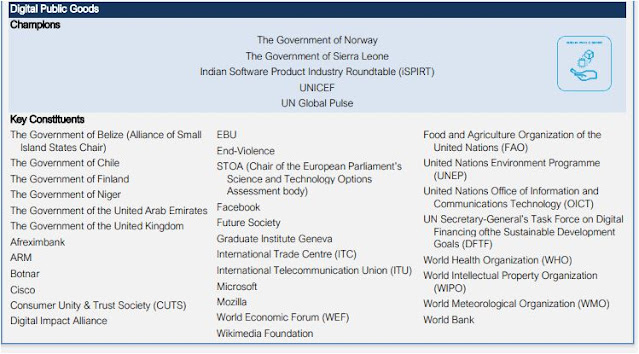 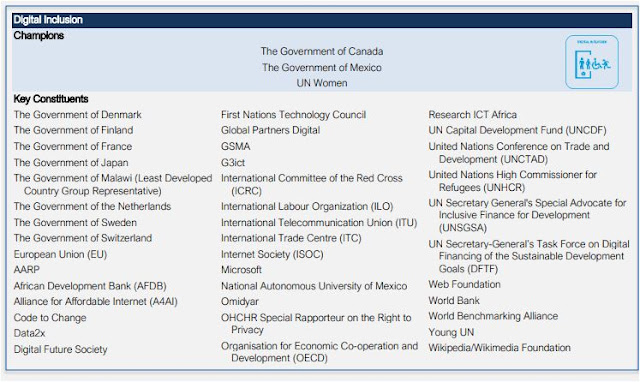 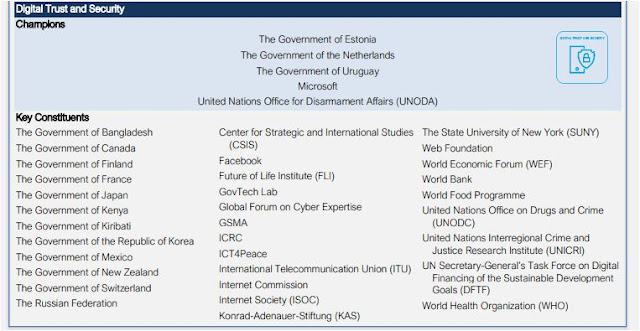 Posted by chris macrae at 11:22 AM No comments:

few people we know would question that in 1962 with about one sixth of earth's land and less than 1/16 of the world's then population 0f 3.1 billion(today 8 billion) usa was a benchmark for human progress

however these questions demand all ythe curioity you can miuster

why would any country )or indeed any american) think that in an era of 100 times more tech, usa was its best future model

\didnt the assassinations of 2 kennedies, many black leaders suggest that USA too needed to hunt out a change in model (that internally it had got to 1962 in some tragic ways eg slavery, genocide, violence in many coimmunities of such a degree as to be subopimal for deceleloping children - eg ee the poposicle index - one that there is no eveidence that its mass media from 1963 helped with

at http://teachforsdgs.com - you see the economists' surveys from 1962 of what different places peopels might rationally want 100 tikes more tech to do next; we believe kennedy set up as good a vusion for 1955-1965 as one leader couldnimagine but its unclear that any presient since has seized the opportunity to enbagge youth and tecahers ion exciting next decade goals

techinaclly speaking the economist survey of nixoin's incoming economists show they had lsot intenet to neidate for more social harmony; when ixon took dolar off gold standrad in 1971, the logic of the future was civil society sme enterprsie networking needed to tringularis big gov and big corpoartion

whilst stanford and to sone extent mit remained spaces where students could question 1090 times moore (the most human designs needed from AI); very few other youth or teachers had that opposrtunity? why it just wasnt what media before webs saw as massively important to americans (from point of view of immediate self-gratification which has become america's media peculiar roleplay)

so what then happiness to americans main strert ops of web1 and web 2 and...

Posted by chris macrae at 6:23 AM No comments:

Our Updating Library of Guettres and tech roadmapping of UN2.0 is at http://www.worldrecordjobs.com/2001

I'm still catching up with Andrew NG- had you actually seen the feb 2017 talk where he announced AI as the new electricity? https://www.youtube.com/watch?v=21EiKfQYZXc I like to go back to the start of a creative debate ... He was also the origin of moocs http://www.robotics.stanford.edu/~ang/papers/mooc14-OriginsOfModernMOOC.pdf  In 2011, the three inaugural MOOCs were launched. They came to be known affectionately by students as ml-class, db-class, and ai-class from the website URLs (ml-class.org, db-class.org and ai-class.com); they were on the subjects of machine learning, databases, and artificial intelligence.

Posted by chris macrae at 3:13 AM No comments: