networks of president and professor jin

Posted by chris macrae at 6:29 AM No comments:

this summit sees dialogues led by representation of two fifth of the world's people india and china on changing investment and education so that youth can work on sustainability goals; because of the quick start china made investing in trade routes linking pakistan , uae, suez nations and med sea, this will be the first time that india bangladesh and the corridor east to china's hi-tech coast have been able to share their knowhow and concerns

by good fortune the auditor of aiib lives in my washington dc region though most of his work is done out of shanghai and beijing; if you have questions I can introduce him - equally i imagine most of the wise delegates from china including mr fu of hujiang can provide practical contexts-
from studying a lot of guterres participation in allied summits i believe there need to be connections between aiib and wise@UNGA - furthermore I am told that beijing has organised a survey of the UN eminent committee to ensure that their inputs on SDgoal  connectivities between fintech and edutech are maximally valued 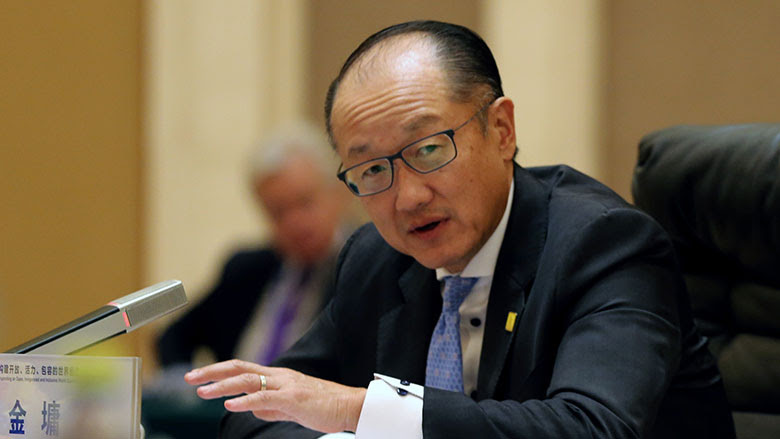 As we discussed earlier, the global economy has been regaining strength in recent months, and GDP growth and global trade have been rebounding. China has played an important role.
We expect China’s growth this year to be 6.7 percent – accounting for nearly 30 percent of global growth – with a gradual slowing thereafter. China is on track to meet its growth target for the 13th five-year plan.
China has recognized that sustaining economic growth will require developing new drivers of growth. The 13th Five Year Plan and the Manufacturing 2025 strategy, among others, reflect the government’s determination to seek new drivers of growth, in particular through productivity boosts and innovation
At the request of Premier Li, the World Bank and the Development Research Center of the State Council have been studying possible new drivers and how best to promote them. Here are some key findings from this ongoing work:
In many ways, China’s new drivers of growth are already rapidly changing its economy:
China’s production structure is quickly moving up the value chain, and the largest contributor to GDP growth is no longer manufacturing, it is the services industry.
Chinese is leading in technologies such as e-commerce, Fintech, high speed trains, renewable energy, and electric cars. Enterprises such as Tencent, Alibaba, Huawai, and Didi Chuxin are already operating at the forefront of global technology.
China’s innovation capabilities are growing rapidly. The country now spends more than 2 percent of its GDP on research and development, more than the average OECD country. This accounts for almost 15 percent of the world’s total, the second highest in the world after the US.
And China’s human capital capabilities are advancing rapidly. Only 10 percent of China’s labor force has completed tertiary education – compared to 30 to 40 percent in OECD countries – but this is improving. Seven million people graduate from college every year, and thirty thousand receive PhDs in technical disciplines, more than any country in the world. This is turning China into a research base for leading technology companies such as Microsoft and IBM.
In July, I visited Alibaba in Hangzhou, and I was very impressed by what I saw there. Alibaba is already a global leader in E-commerce and FinTech, and they’re extending their Artificial Intelligence capabilities to a wide range of fields – from health care to education to city management. Alibaba is only one of several Chinese firms that operate, and compete, in the field of artificial intelligence.
Our work with the Development Research Center has concluded that, in the coming decades, growth will come from three major sources:
Distortions: A key driver of growth in the past was removing distortions in resource allocation. This is still an important source of growth today, especially in the markets for production factors – labor, capital, and land.
Diffusion: Accelerating the adoption of more advanced technologies, products, and management techniques that already exist will be key for China’s growth.
Discovery: As China becomes richer and edges closer to the technological frontier, fostering the development of new technologies will be increasingly important. China’s priority should be to continue to build capacity and refine policies for promoting innovation.
With this in mind, I’d like to offer several strategic considerations for China:
First, for the foreseeable future, removing distortions and accelerating diffusion will remain major sources of growth. Getting the basics right – structural reforms in key markets, further improving the broader business environment, ensuring fair competition, and investing in broad-based skills of the labor force – should help drive growth.
Second, China should consider how to balance industrial policies with the notion of the third plenum, that the market should play a decisive role in resource allocation.  In particular, China needs to determine how to ensure a level playing field, given its desire to maintain a large presence of state-owned enterprises in the economy.
There’s an abundance of private financial resources available for innovation. This suggests that government money can be most strategically used by supporting basic research, very early stage investment, and managerial support for start-ups.
Third, like other countries, China needs to prepare for how technological change will impact the labor force. In addition to the studies I mentioned earlier that estimate that globally as many as 65 percent of primary school children today will work in jobs or fields that don’t exist. More than half of China’s current jobs are at risk of automation. China needs much more investment to transform its education system and labor market institutions for a very different type of employment.  The Manufacturing 2025 strategy needs to be matched with an Education 2025 strategy.
This means, for example, continuing to reduce education access inequality between urban and rural areas; improving the quality of technical and vocational education, with increased emphasis on creativity, social skills and problem solving skills that will be hard to automate.  It means shaping the system of permanent education so that people already in the labor force can keep up with technological change, and improving labor market institutions to allow workers to move more easily from one job to the next as the economy changes.
Finally, China’s leadership has been critical to promoting an open, competitive global economy. China can reaffirm its strong leadership to an open economic system by opening up sectors that are closed for foreign investment, reinforcing protections of intellectual property, and taking the lead in formulating international rules on foreign direct investment that are supported by the international community.
Speech by World Bank Group President Jim Yong Kim at the Second “1+6” Roundtable Session 1
Posted by chris macrae at 6:22 AM No comments:


Home About AIIB Governance Board of Directors

chris macrae
blog on how will your life change world with global communications youtubewashington dc 1 301 881 1655 email chris.macrae@yahoo.co.uk linkedin 9500skype chrismacraedc home of the 64 trillion dollar colaboration map , of the 7 curriculum millions of youth most need at free online university to sustain net generation's next 3 billion jobs and end poverty goals - a project of Norman Macrae Foundation- The Economist's Pro-Youth Economist and faciliator of net generation's Entrepreneurial Revolution dialogues since 1972