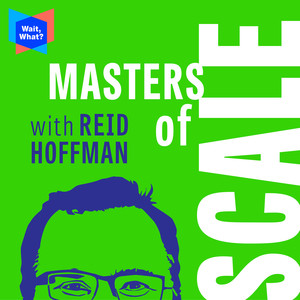 Bill Gates — How to accelerate history

Masters of Scale with Reid Hoffman

NOV 7
47 MIN
How did Bill Gates scale BOTH a global business and a global philanthropy? He spotted an inflection point in history — and accelerated it. What does that take? A great idea, great timing and also: Great partners. Because even Bill Gates doesn’t go it alone. In part one of this special two-part episode, Bill reflects with Reid on the founding and growth of Microsoft — how he not only spotted an inflection point (hello, personal computers) but accelerated it to massive scale (forget computers, let's talk platforms). There’s timeless wisdom in Bill’s ability to identify inflection points, build strategic partnerships and just work harder than everyone else. Later this season, watch for part two, where Bill reflects on scaling the Bill & Melinda Gates Foundation, and the lessons learned between the two.