There are human systems people such as Gandhi , Einstein, and Von Neumann that I would prefer no 5th grade teacher was employed without being aware of their importance to human sustainability. The urgency of this requirement translates into a basic literacy /common sense level of humanity that the 2020s needs. Whilst this is only a preference when it comes to national politicians (or the world's most powerful coders) the evidence is in : we are heading to extinction if such powerful people do not know the truths which were available at Von Neumann's death in 1957, appear to have been understood by President Kennedy but not valued wholly or truly by any US OR EU president since 1963.

Happy Safe 2022 to every mom, dad, child on mother earth, chris.macrae@yahoo.co.uk -always here to discuss how to change education - a genre we have called 2025report.com since 1984 when we applied the first 140 years of notes from The Economist to the survey of whether an opposite alternative to Orwell's Big Brother end game would be possible for the millennial generation 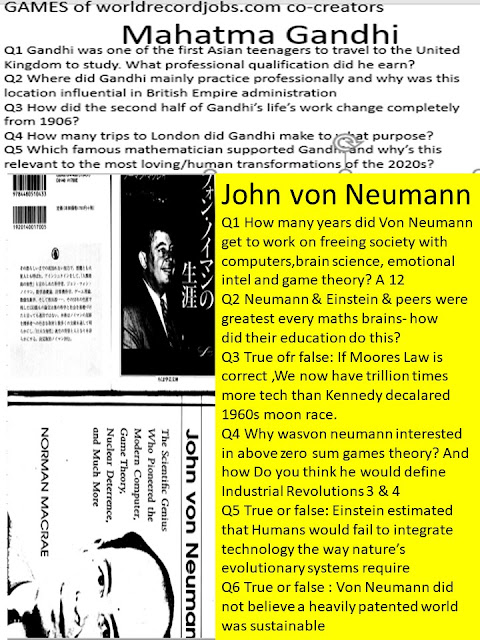