Co-founder and Non-Executive Chairman of the Board

Nandan Nilekani is the Co-founder and Chairman of EkStep, a not-for-profit effort to create a learner centric, technology based platform to improve basic literacy and numeracy for millions of children. He was most recently the Chairman of the Unique Identification Authority of India (UIDAI) in the rank of a Cabinet Minister. Nandan Nilekani was previously the co-chairman, Infosys Technologies Limited, which he co-founded in 1981.
Born in Bengaluru, Nilekani received his Bachelor’s degree from IIT, Bombay. Fortune Magazine conferred him with “Asia’s Businessman of the year 2003”. In 2005 he received the prestigious Joseph Schumpeter prize for innovative services in economy, economic sciences and politics. In 2006, he was awarded the Padma Bhushan. He was also named Businessman of the year by Forbes Asia. Time magazine listed him as one of the 100 most influential people in the world in 2006 & 2009. Foreign Policy magazine listed him as one of the Top 100 Global thinkers in 2010. He won The Economist Social & Economic Innovation Award for his leadership of India’s Unique Identification initiative (Aadhaar). In 2017, he received the Lifetime Achievement Award from E & Y. CNBC- TV 18 conferred India Business leader award for outstanding contributor to the Indian Economy-2017 and he also received the 22nd Nikkei Asia Prize for Economic & Business Innovation 2017.
Nandan Nilekani is the author of “Imagining India” and co- authored his second book with Viral Shah, “Rebooting India: Realizing a Billion Aspirations”.

when a group of your peers debates one of these sketches from rebooting india, what are the most exciting ideas you start to co-create please rsvp chris.macrae@yahoo.co.uk if interested 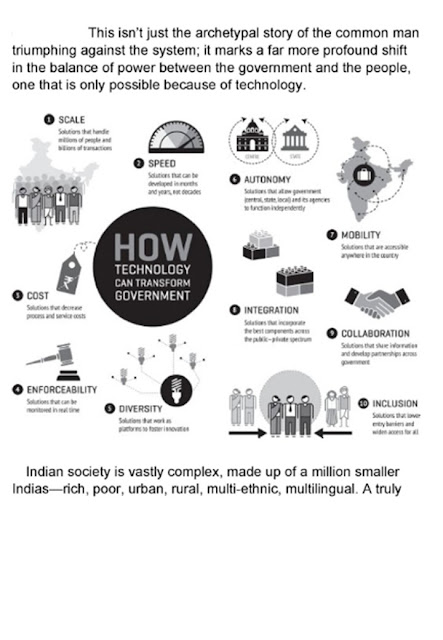